The longest market in Europe

The market in Pułtusk measures almost 400 meters. It is the longest paved market in Europe.

There are many historic tenement houses around it from the 18th and the 19th centuries, which give the unrepeated charm to this place. On one of the houses (Market 27) there is a table informing that in 1854-1864 Wiktor Gomulicki lived in it. A few houses further there is a house, where Napoleon Bonaparte was a guest.

The seat of the museum is located in the city hall tower. The majority of its collection is connected with the history of Pułtusk. They are especially the exhibits coming from excavations, but also different documents and maps.

The museum of Pułtusk is famous in Poland and also in the world because of the beautiful meteor – it is one of its greatest attractions. Because of the falling place, the meteor was given a name Pułtuski. It fell close to Pułtusk on 30 January 1868.

The collegiate of the Annunciation of the Virgin Mary is the gem of architecture from the half of the 15th century.

It was rebuild in the half of the next century and it is monumental because of its characteristic renaissance vaulting, called pułtuskie. The range of the collegiate was emphasized when in 1994 there were the renaissance polychromes discovered.

In Pniew, not far away from Pułtusk there is the White Wilderness Association  My Little Homeland. The place of the members meetings is Kurpiowska Forge.

The Association conducts the activity for the benefit of the cultural and environmental heritage of the region, cultivates the tradition of the White Wilderness.

In Opiniogóra, located very close to Pułtusk there is The Romanticism Museum. It was opened in 1961 in the neo gothic rebuild palace. There were many souvenirs connected with Krasińscy family gathered, especially with one of the three Romantic poets – Sigmund Krasiński.

The Romanticism Museum is situated in a lovely palace-park complex.

The Museum of Masovian Gentry

It is worth to visit the Museum of Masovian Gentry in Ciechanów. From 1990 it gathers the exhibits thinking of Masovian Gentry, it is also possible to find many interesting and diverse objects connected with the history of Ciechanów land there.

The museum also organizes many interesting events, such as concerts, meetings with people from the worlds of culture and politics, with historians and different exhibitions.

The great attraction of the region is undoubtedly the White Wilderness. It is the forest area stretching from Pułtusk to Masovian Ostrów.

The picturesquely located wilderness and the Narew River areas constitute the priceless mainstay for many different plants and animals, rarely seen everyday.

Special offers for an attractive price 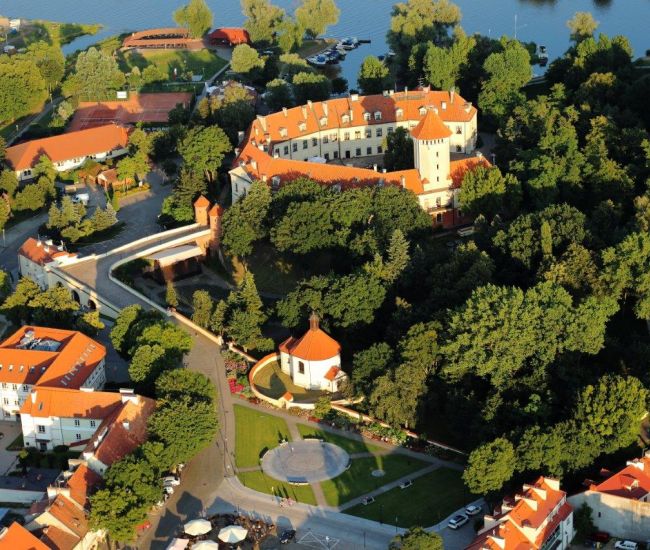